How to: Descent in avalanche terrain on a splitboard 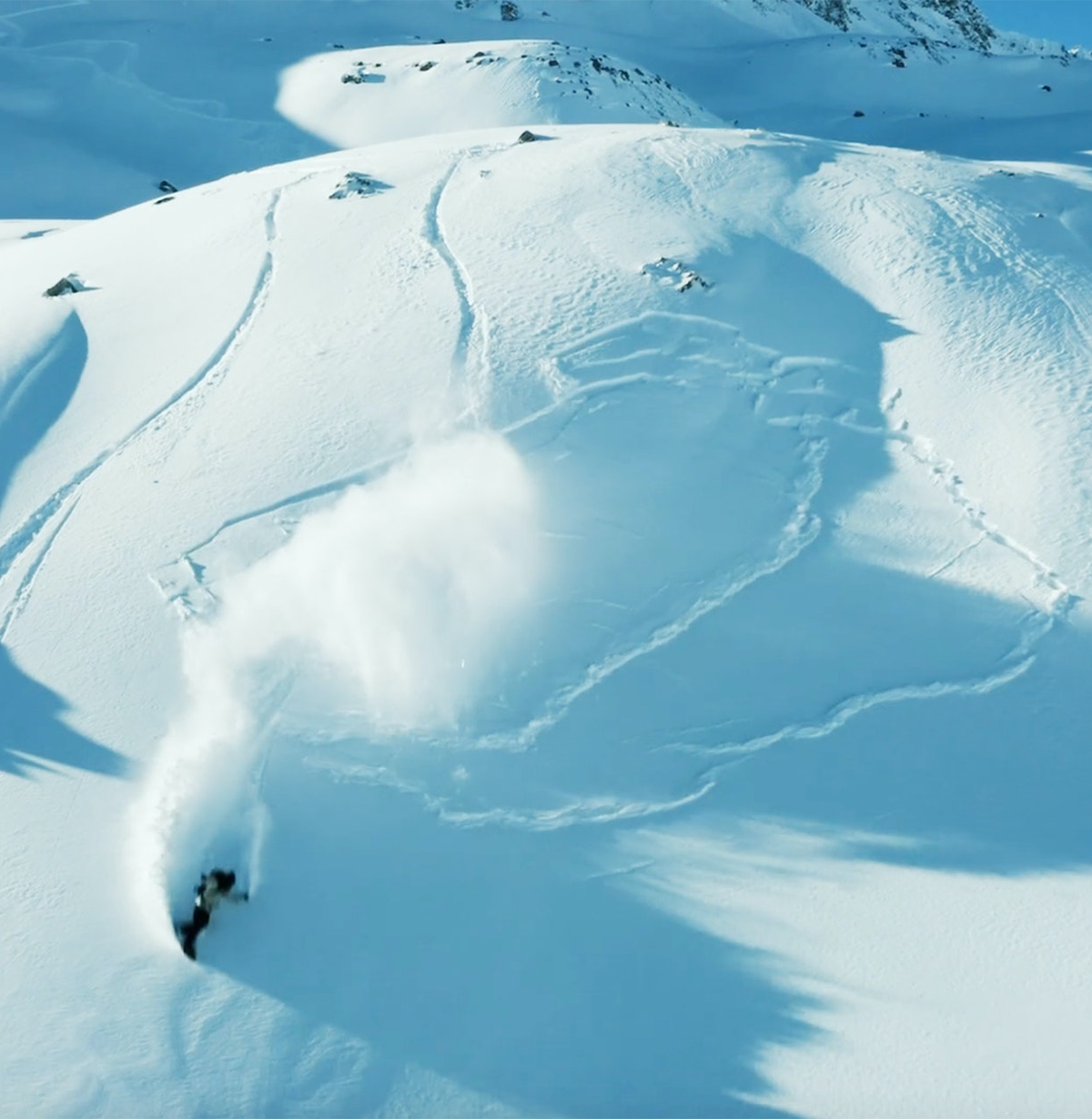 Above: A small slab avalanche releasing on a slope convexity

Any splitboard tour will require to you navigate several potential avalanche risks on the ascent long before you’re dropping in for those well-earned turns. While all these dangers are just as applicable for the ride down, there are a few additional factors you’ll need to bear in mind, too.

We’ve teamed up with Jones Snowboard Ambassador and UIAGM Backcountry Guide, Neil McNab, for some of his top safety tips for descending in the backcountry.

The mountain environment is constantly changing and many of the dangers are hidden from plain view.

The mountain environment is constantly changing and many of the dangers are hidden from plain view, so safe passage when splitboarding in the backcountry is never guaranteed. However, gathering as much information on the snow and terrain, and then applying it to safe group management can substantially reduce the risks.

You need to be objectively assessing the terrain you’re planning to ride down. Factoring in steepness, altitude, aspect and terrain traps are all covered in our previous article on ascending on a splitboard but it’s worth picking up on a few other considerations when descending.

Simply looking at the shape of the slope can tell you a lot about its risk of sliding. Gravity is constantly pulling the snow down the hill. When the slope shape is concave, the bottom of the face tends to support the snow above it. A convex slope, on the other hand, has the most sensitive tension point on the apex of the face. This presents significant risks, as the slope ha san increased chance of releasing higher up the face. All slopes should be approached with caution, but avoiding convexities should be a priority.

Cornices are another terrain feature to steer well clear of when dropping into your line. It’s difficult to know just how far a cornice has developed from the base of the snowpack, but in any case, a cornice fracturing at the top of the run could have catastrophic consequences. 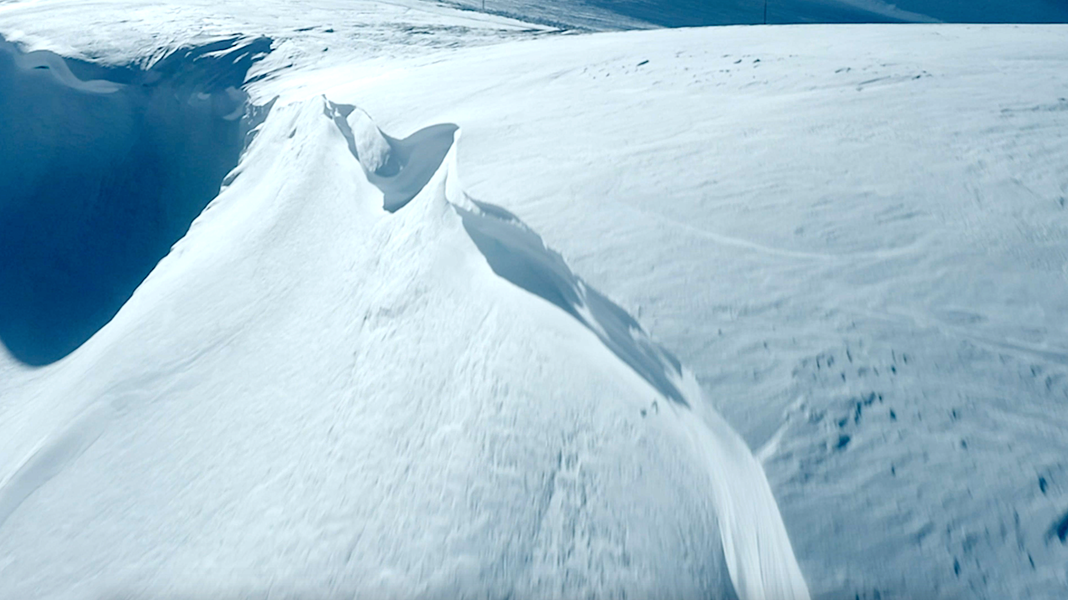 Cornices – look good from afar, but far from good.

There are four things you should never travel into the backcountry without: a transceiver, probe, shovel, and experienced company. That last one could be a little ambiguous. However, regardless of whether it’s your first tour in the backcountry with a guide, or you’re a seasoned vet out on the trail, there are a number os group management safe practices that should always be followed.

Be extra vigilant at the top and bottom of the descent.

Descend one at a time

Riding in the backcountry is a different world from lapping the pistes with your crew. You’re constantly riding the back of a sleeping giant. It won’t take much to wake it…

When it comes to descending, it’s essential to move one at a time. There are three simple reasons for this:

1. If an avalanche triggers, there will always be at least one person in a safe zone to begin the rescue.

2. More people on a slope means more weight on the snowpack. Descending together increases the potential to overload the slope and trigger a buried weak layer.

3. Even without overloading, the likelihood of a trigger point being released on the slope is increased with every additional rider thrown into the mix. Should it propagate across the entire slope, one person’s misfortune could become that of the entire group.

Be extra vigilant at the top and bottom of the descent too. Never cross above another rider who might still be riding below you. A sluff caused by your traverse can build momentum and take out riders beneath you. Similarly, make sure you’re clear of any avalanche run-out path at the bottom. It’s tempting to reach for the camera and film the next rider, but ensure you’re out of harm’s way before you do. 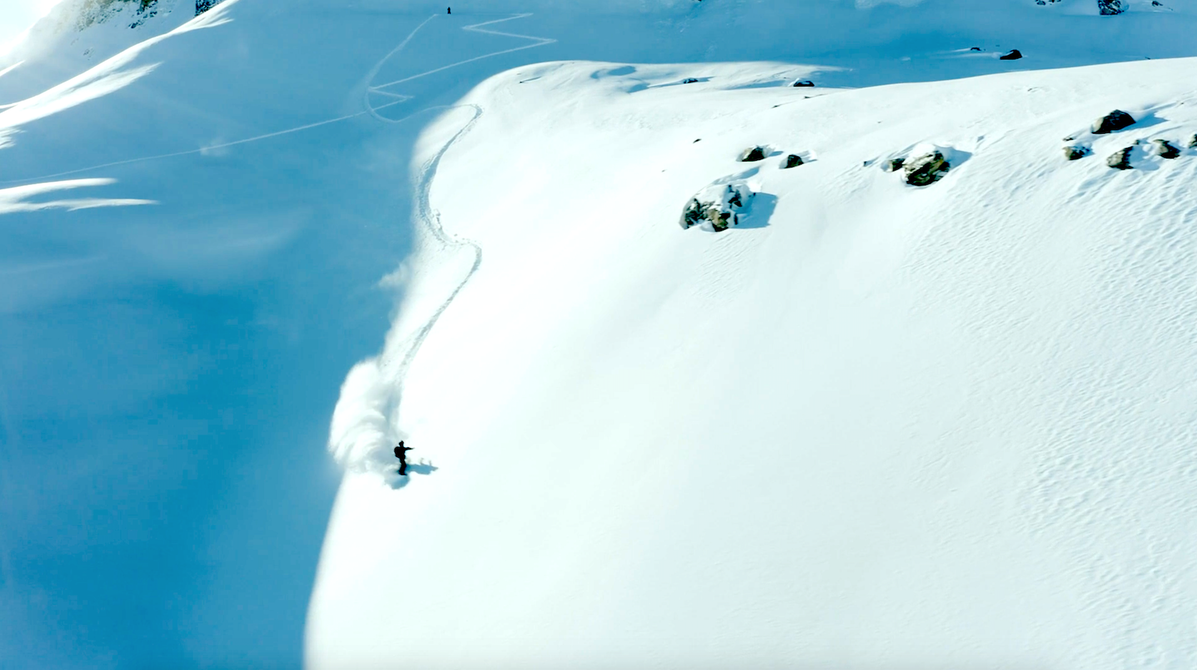 Descending one at a time, with a clear line of sight.

Avalanches are at the mercy of gravity. You will be, too, if caught in one. By stopping on high ground, you massively reduce the risk of being caught up in the path. Look for ridgelines, shoulders and elevated flat spots when planning your descent and don’t stop until you reach them.

Always keep a line of sight

This is easier in theory than in reality. Once a rider drops in, there’s a good chance they’ll soon be out of sight – be it in a couloir or over the brow of a slope. Try to position yourself tactically on the mountain to maintain a clear line of sight with the rider. This might mean having to stand some distance away from where you plan to drop in from but being able to have eyes on the descending rider is vital, should they take a tumble or get caught in a slide on the way down.

Look for the main cruxes in your line – the areas most prone to avalanching – and have a clear idea as to where you will aim for if you need to get out fast.

Have an escape route/safe zone planned

You may have spotted your dream line on the morning of the tour, or maybe even been eyeing it up for weeks. Although the conditions will dictate whether or not you give it the green flag, you should always have safe zones and escape options lined up should things not go to plan. Look for the main cruxes in your line – the areas most prone to avalanching – and have a clear idea as to where you will aim for if you need to get out fast. Identify checkpoints you can safely stop at on the way down to allow you to keep assessing conditions as you go.

Any time you decide to turn away from a line or opt for a safer route, you’ve made the right decision. While there can never be complete certainty over the objective risks on a slope, any doubts in the group should be taken seriously. 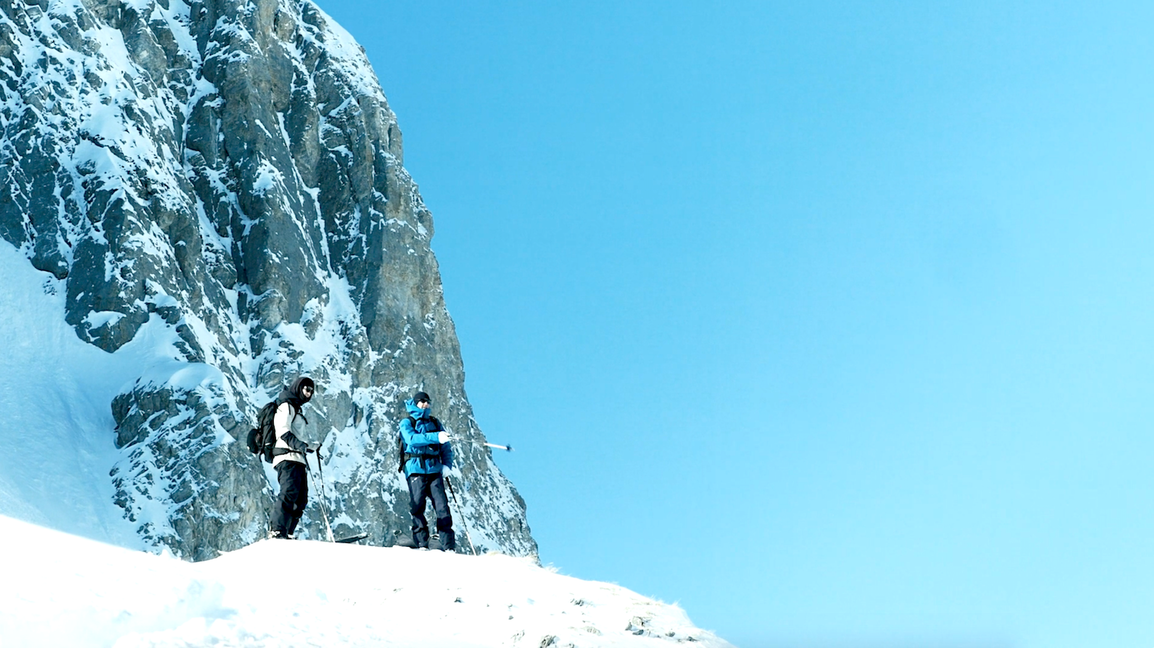 Plan your safe zones and backup routes long before you’re dropping into the line.

Ignorance is far from bliss when it comes to splitboarding in the backcountry. There are endless complexities and variables that can change over the course of a season, a day, or even in a matter of minutes with big consequences.

Building awareness and an ability to read the environment and snow conditions only comes with time in the mountains. It takes years of experience to acquire the knowledge required to safely venture off-piste. It is essential to go with a guide if there is insufficient experience in your group.

Back to splitboarding hub